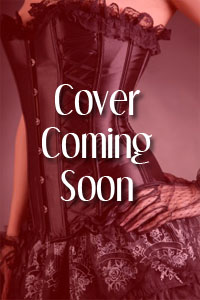 
From the time Frances Ott was a little girl, everyone always said she was the perfect little momma. From fussing over her younger siblings boo-boos to babysitting all the neighborhood kids, she was nurturer. So what did she do? She grew up and had a few of her own. She guided and molded them into upstanding little citizens until they one day flew from the nest to start their own families.


Now its just her and Dominic, her three legged dachshund rattling around her now empty nest. Until the fateful night, when the unthinkable happens: Frankie is hit by a car while trying to save Dominic from a becoming a dachshund pancake. She wakes up in the hospital with a blown out knee and orders to attend physical therapy.


Stone Randall has spent years pursuing his dream of finding the perfect Little girl to spoil. But until she shows up on his doorsteps, he uses his job as a physical therapist to satisfy some of those needs. So when Frankie is wheeled into his physical therapy room, he takes one look at the disgruntled little momma and realizes she's the one for him. Now he just has to teach Frankie that it's okay to let someone take care of her for change. 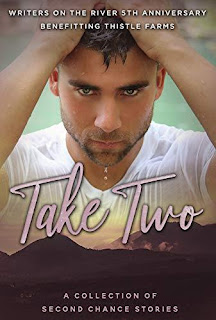 Take Two: A Collection of Second Chance Stories is an anthology of from the authors of Writers on the River. Love and life get another chance in these tales that will warm your heart and make you fall in love again.

The proceeds of this anthology will go to Thistle Farms, a non-profit organization located in Nashville, Tennessee that helps women survivors of violence, sex trafficking, prostitution and addiction. 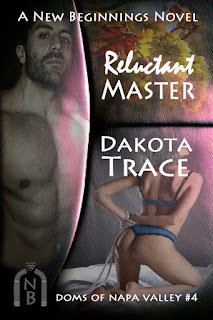 Hurricane Lauren has struck once again, but this time her victim isn’t going to let her off so easy.

Carefree and adventurous, Lauren Haskell loves her life. Not only does she have a great job as a gearhead, but she’s also content to go from Dom to Dom, playing but never risking her heart, until it’s gotten her nicknamed Hurricane Lauren. Not that it has stopped Doms from trying to tame her – especially Davis Clayton, half owner of New Beginnings. In desperation to keep him from getting too close, she agrees to scene with another Dom. While she’s had fun with the man, it’s time to move on. Too bad the Dom in question doesn’t think so and is willing to break the rules to keep her.

Davis Clayton has hungered for Lauren to the point of desperation. When he sees Lauren with her latest victim, he’s had enough of chasing the little blonde submissive. He’s done playing the fool over her. But keeping his distance is proving a test for even as one of the strongest of Masters, until Lauren comes to him for protection from her stalker. When she asks him to pose as her Dom to keep the other man at bay, he agrees but on his terms. He may be one of the most Reluctant Masters in New Beginnings, but he will have her submission in exchange. 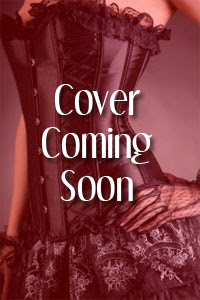 A LITTLE BRAT IN DISGUISE


A little brat in disguise...

Lucy Desmonte isn’t what she seems. By day she’s a high powered CEO, a woman used to getting her way in all things. She’s worked hard to make it in a man’s world, refusing to show even an ounce of weakness. Above all she refuses to end up like her mother - dependent on a man, who will one day leave. However, will power only goes so far. In a weak moment while out of town, she gives in to long suppressed needs - to a Daddy Dom several years her junior. Their night of lust and submission was supposed to be a one time thing. He wasn’t even supposed to know who she was - let alone appear in her boardroom…

And the Daddy Dom who’s claimed her…
Enzo Bianchi is much more than he seems. For years he’s hidden behind the nice Italian boy persona he perfected on his nonna’s knee. He rarely divulges his need to both dominate and protect. Until the fateful night out of town that he claims for a brief time a mysterious woman who refuses to give him her real name. Unable to resist the bratty Little who needs a strong daddy for a night, he allows the small deception. Intending to have the truth by morning, he awakens to only to find that his little brat has vanished. After searching high and low, he never expects to find her so close to home - and if she expects him to let her escape again - she’s sadly mistaken. He claimed her hidden brat, she just hasn’t realize it yet... 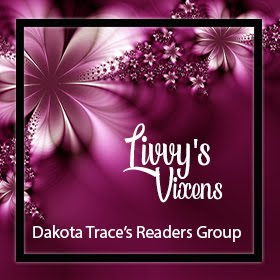